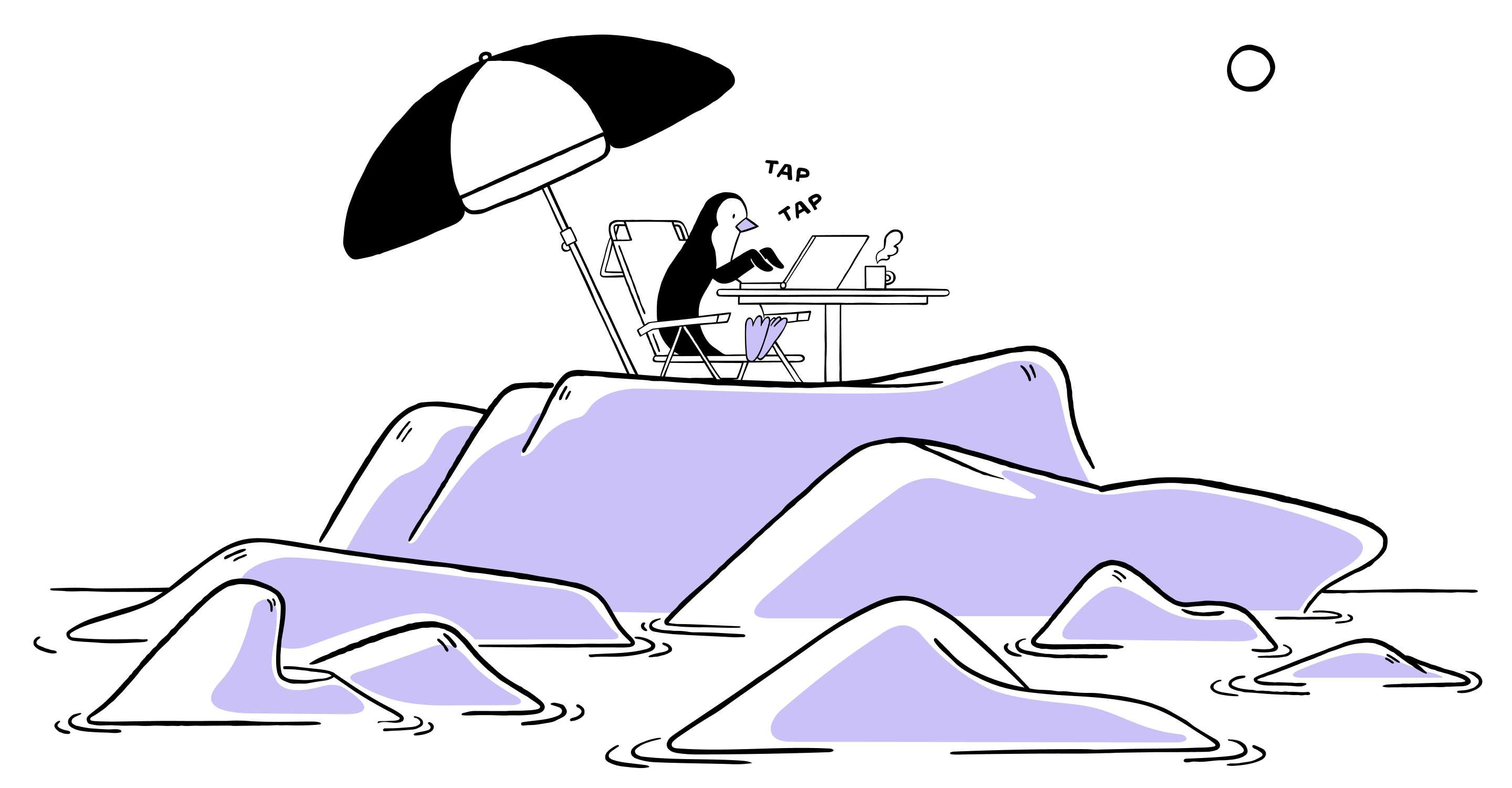 I’m Eli, the co-founder and CEO of Footprint. We are coming out of stealth today, after a lot of hard work, many years of thought, and a vision for a new paradigm to bring back trust to the internet. I want Footprint to become synonymous with trust. If you’re going to trust my company, you may feel the need to trust me. So, I want to tell the world about me, my team, and why we’re building Footprint. If we’re going to ask you to play a role in your own life, you deserve a look into mine. Just as I update our investors, I plan on updating the public, posting our monthly investor updates on here, as well as other company announcements.

I’m a kid from Philadelphia: a begrudging 76ers supporter, a massive Avicii fan, and occasional stand-up comic. If trust is key to understanding Footprint, hope is core to understanding me. I’ve romanticized hope perhaps too much at times, but think it is a better way to live. Growing up I spent most of my time buried in history books about the past until I read about how technology could (hopefully) build a better future. This was in 9th grade when I read a book called Abundance: The Future is Better Than You Think by XPrize founder Peter Diamandis. XPrize runs incentivized competitions to get people to solve moonshot problems. After reading the book, I emailed Peter, and he, likely taking pity on me seeing this was my version of a fun Friday night as a high schooler, responded. I spent the next four years building out High School HeroesX, an organization that aimed to do what XPrize did for high schoolers. I really believed I could build technology to make the world a better place.

I followed this intoxicating idea of technology as an elixir at Stanford, where I became increasingly interested in the ways technology and data could improve our lives. My freshman summer, I co-founded a company to track flu strains to recommend lockdowns to prevent both sick leave and pandemics. That sentence is not made up—there is a video of the pitch. (I heavily advise against finding it on YouTube, though if you’re looking for niche people to blame the pandemic I’m happy to be it).

At school, my conceptions around technology and data being this universal force for good began to be challenged. Cambridge Analytica happened (when millions of Facebook users had their data shared without their consent), and we saw social media polarization around the 2016 election. Some new laws came out as well, such as GDPR in Europe and CCPA in California, which were meant to address a new paradigm in how digital data was to be controlled. I was saddened that the public discourse seemed to lack nuance. Instead, the common belief was that data is the new oil, and its creation and use must be siloed and restricted.

To me, privacy is not the deletion of data: it is the control of it. I experienced the potential this control had when a family member of mine was diagnosed with Parkinson’s. We caught it early, but they likely had it for years before developing the tremor. This especially upset me when I discovered that Google is likely the best predictor in the world of who will get Parkinson’s, by using tools such as typo rate over time and being able to track your finger tremoring during ReCAPTCHA). After learning this, I became quite obsessed with finding a way to put people in control of their data, so these insights would belong to them.

I studied the problem obsessively in school, and once I graduated, I worked in Venture Capital to invest in companies across security, privacy, and identity. I realized that to really own our data, we had to own our identity in the digital world. Identity is one of those concepts that I think is more abstract than we believe. When we are born, our footprint goes on our birth certificate as our identifier. We named the company Footprint because we want to handle your identity journey from there. Currently, creating accounts online or on mobile sucks: it takes time, you have to scan your driver’s license, you’re asked to enter your Social Security Number (SSN), and then you have to go through the same process again the next time. SSNs were made in 1936 to track our income over time for, well, social security. They weren’t made to open Robinhood or Coinbase accounts.

This trade-off between the accessibility of technology and privacy I do not think should be one that consumers have to make. Companies should not need to toggle between friction and accuracy. Now with just five lines of code, they're able to do both. The example of metadata from ReCAPTCHA helping to flag Parkinson’s seems far out, but recently we have seen how privacy is something we can take for granted until it is removed. In the wake of the Dobbs decision, some women had to make the horrifying choice between deleting period-tracking apps that provide real value, or risk their data being used to prosecute them. That is why I used the Footprint platform to start Tech Fights Dobbs, a coalition that started with a group of security/privacy companies who committed to giving away their technology for free to women’s health apps. We gave away our sign-up flow that anonymizes users, true to our mission of bringing back trust to the internet.

For consumers, this is why we started the company. Footprint is the last identity form you’ll ever fill out. When you go to one of our partners, you’ll fill out the form as you normally do, but we then “tokenize” your identity, and share keys to your unique identifier whenever you create an account in the future. Much like ApplePay, you click the button, and we share the token, which does not contain any sensitive information. Instead, it essentially tells companies that we have verified you are who you say you are. This means you will reduce the organizations that are storing your sensitive information from hundreds, to hopefully just one that you have control over. And in time, we want to empower people to use their data to improve their health and finances—think Parkinson’s detection, or redefined credit scores that reward you for accounts in good standing instead of dinging you for a lack of credit literacy in youth. I’m proud of the work we have done at Tech Fights Dobbs, which I hope shows how committed we are to putting people in control of their data.

I’m fine sharing our approach in public. If our competitors want to mirror us, I’d be thrilled. I want the world to move in this direction. I want people to own their identities. We want to help women in Texas feel safe using health apps, and I want grandparents to be able to live longer as a result of searching the internet. The latter of those I know certainly won’t happen for many years, and I don’t know if Footprint, or another company, will be able to build out this vision to see it. But there are a lot of milestones along the way I could not be more excited about. They start with putting people in control of their identity, which puts them in charge of their data. If you trust us with that, I’ll trust you with our business plan :).